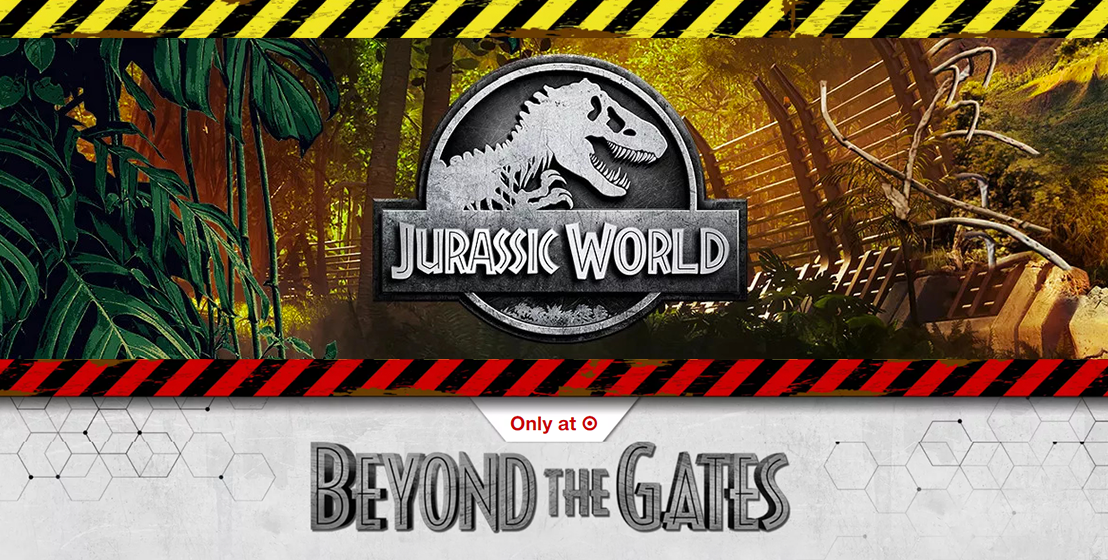 Our friends over at Jurassic Outpost partnered up with Target and Mattel to bring Jurassic World: Beyond The Gates to us fans!

Not too long ago Universal began discussions about this unique collaboration, and we hit the ground running to help design a show format that we hope excites you as much as it does us, from the fans for the fans. Our friends at Universal, Mattel, and Target shared our excitement and helped support us every step along the way as we began to play in this expansive Jurassic toybox, creating this little show.

We were given the keys, and a chance to not only to take the Jeep and drive – but to custom design it from the ground up. We worked with a handful of talented artists – including  Lukas Vagt, Matt Henderson and Caleb Burnett – to support hatching the series, and evolve Beyond The Gates from concept to reality. This collaborative process has been a dream, and every party involved has been crucial in bringing this vision to life.

Today (February 17th) the first episode of Beyond the Gates made its debut exclusively on Target.com, with subsequent episodes to follow the third week of every month. Every episode feature your first look at all-new, upcoming Jurassic World reveals – and upon their reveal, they will become available for pre-order directly at Target.com.

Universal and ourselves not only want to use Beyond the Gates to share exclusive official content, but also to better inform the fans and collectors what is coming, when it will be available, while giving them a reliable way to secure those items for their collection before those opportunities go extinct. On top of that, we wanted to use this opportunity to let you hear directly from the masterminds who helped design the toys while taking a look at the development and evolution of the items via concept art,  prototypes, and more!

Rolling off that exciting news the first two reveals from Jurassic World: Beyond the Gates was the Amber Collection Tiger Raptor & Pteranodon!

With that all said, here at Jurassic Report we are ecstatic about this type of news! We love it when our favorite brands reach out to the community and include all of us. We personally see this as a win-win-win, the more the brands interact with us, the more direct feedback we can give, and the more likely it is for us collectors to get items we are hoping for!

Lastly, what do you think these items will be? We are personally hoping for a new Jungle Explorer to add to Mattel’s Jurassic World: Legacy Collection line… but only time will tell! 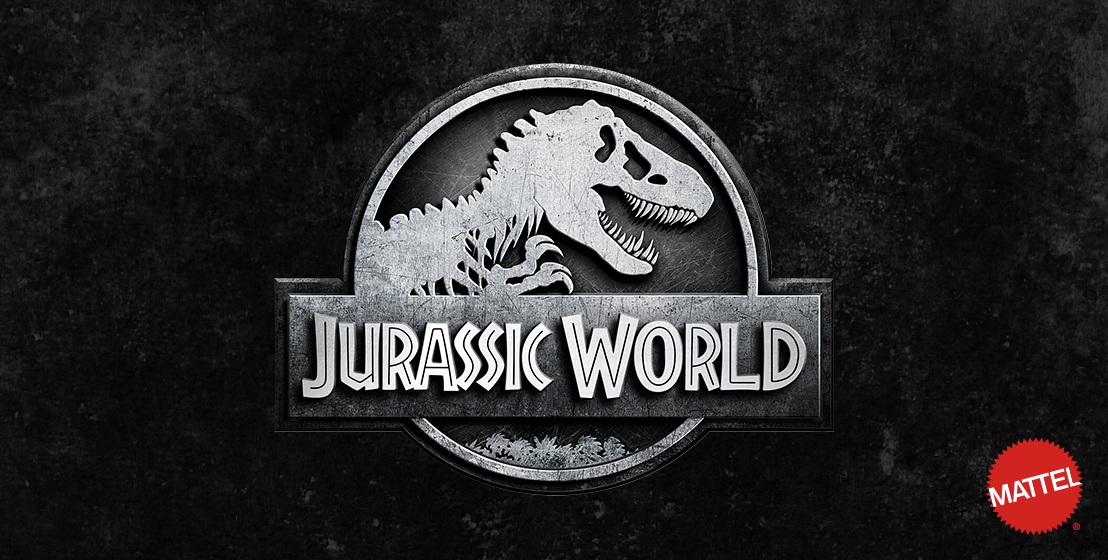 Our friends over at Collect Jurassic uncovered some excited photos of the upcoming Mattel products! We are not sure if these are final, or when they will be released, so please take all this information with a grain of salt.

With the delay of Jurassic World Dominion, we truly believe this has messed with Mattel’s release plans of new figures. Even though we are always excited about new figures, we think for the time being we might see quite a few repaints in the coming months.

Attack Pack dinosaurs are like the bread and butter of the Jurassic line, and we are excited to see what’s coming in the near future. The only new figure is Troodon, but we are also seeing excellent repaints of Gallimimus, Dimorphodon, Proceratosaurus and Coelurus dinosaurs.

Or favorite sculpt of the Velociraptor is the Savage Strike version, and we are excited to see these two new versions. There’s some fan theories around how the brown Velociraptor looks similar to the one from The Lost World: Jurassic Park. We agree it does look similar, but no word if it that rumor is true.

The two Sound Strike dinosaurs are the Cryolophosaurus and Sinoceratops. We personally prefer the Yellow version of the Cryolophosaurus, but it is nice to see this dinosaur in a darker color scheme. The Sinoceratops on the other hand, we think this nice green version fits better with what we have seen in the Jurassic World: Fallen Kingdom.

It’s looking like the next wave of Snap Squad figures will be repaints of Velociraptor Charlie, Bumpy, Triceratops, Carnotaurus Toro, Baryonyx Grim and Spinosaurus. The look of all these repaints are all great, but we are personally excited to get non-metallic versions of Bumpy and Carnotaurus Toro.

What do you think about the upcoming Mattel Jurassic Toys?

Are you excited to see your favorite dinosaurs in new color schemes? Or are you hoping to see more from Mattel? 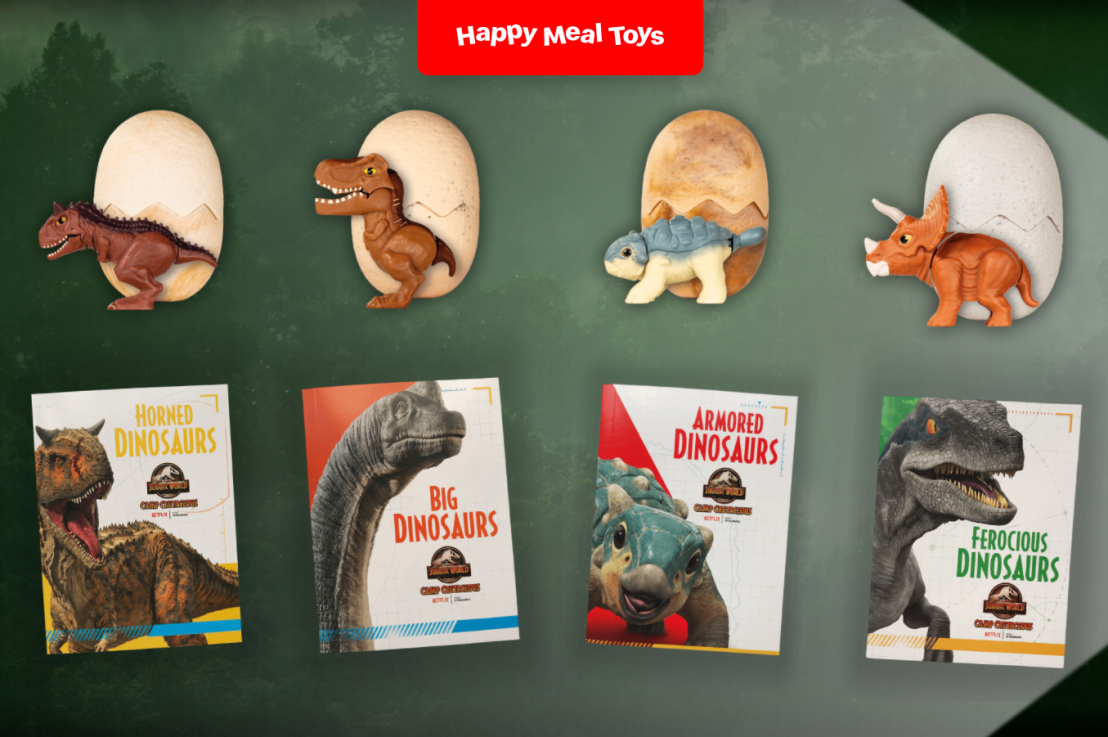 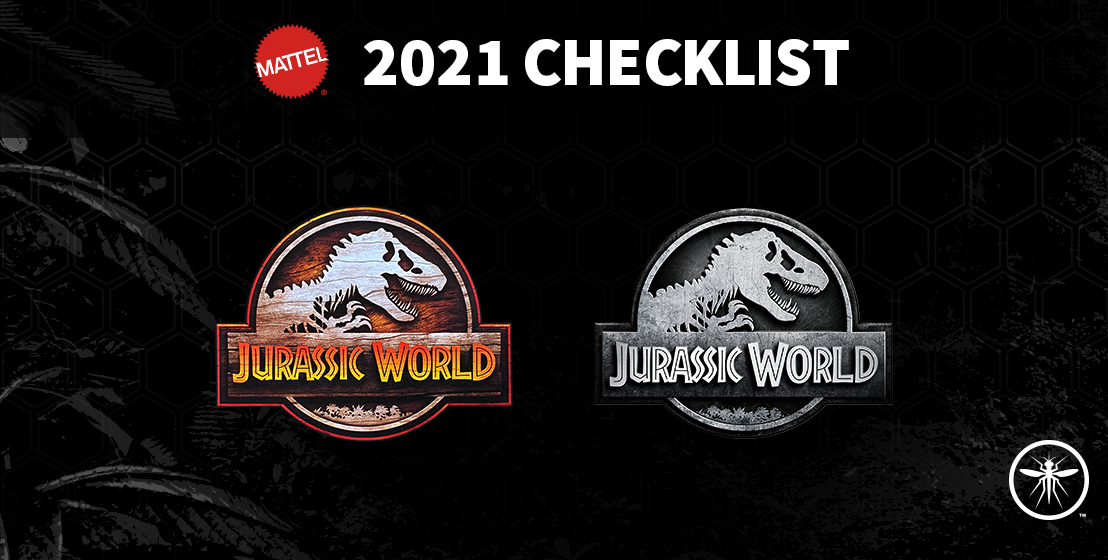 With all the Jurassic World Camp Cretaceous news floating around its nice to see Target has partnered up with Netflix & Mattel to offer $10 off $50 Jurassic Toys.

This discount only lasts until August 22nd, so make sure you pick up all the figures you’ve been holding off buying!

P.S. Thanks Collect Jurassic for the heads up!

Were you able to snag this Barbasol Can & Dennis Nedry 3.75″ Inch Action Figure last time on Entertainment Earth? If not, are you hoping to pick it up here on Mattel Creations?

Be a part of the adventure with the Camp Adventure Set™ inspired by the Jurassic World animated series, Camp Cretaceous! This exciting set includes a Darius action figure (6-in/15.24-cm tall) and 3 dinosaur action figures: adorable Bumpy the baby Ankylosaurus, a Baryonyx and a Stegosaurus (push the spike on back for a tail strike). Play out favorite scenes or make up your own adventures! Take home the excitement of Jurassic Park with the Camp Adventure Set™! Makes a great gift for ages 4 years old and up especially fans of the Jurassic World, dinosaurs and action play! Colors and decorations may vary. For more dinosaur fun, download the Jurassic World Facts app (Android and iOS) to scan and watch your dinosaur come to life, zoom in on dinosaurs up close, hear dinosaur roars, learn fun dinosaur facts and more!

Will you be picking up this new Jurassic World: Camp Cretaceous Camp Adventure Set? If so let us know in the comments below!

Mattel / Entertainment Earth Convention Exclusive! “Nedry! Nedry! We’ve got a Nedry figure here!” Based on the original Jurassic Park film, this Jurassic Park Barbasol Dennis Nedry Action Figure – 2020 Convention Exclusive is a must-have collectible for fans. In his splashy Hawaiian shirt and shorts, he measures about 3 3/4-inches tall and comes with film-accurate accessories that include the bag of money from Dodgson, a piece of pie, and the Barbasol can of embryos so you can reenact your favorite scenes. The 7 1/2-inch tall packaging is based on the Barbasol Beard Buster shaving can seen in the movie – it lights up and speaks authentic Dennis Nedry dialog!

This cool Nedry figure is hidden in a Barbasol can that holds him and serves as a display case. For extra fun, twist the base of the can package to trigger a dramatic light effect and reveal the figure! Press the top of the can to hear these iconic lines Nedry says in the movie:

Relive the exciting big-screen action of Jurassic Park with this highly collectible Dennis Nedry figure! The fan-favorite villain and devious programmer is inspired by the scene when Nedry meets Dodgson for the cash-for-embryos deal in the original film. As Nedry enjoys a nice seaside breakfast, Dodgson shows up with a bag of money and the modified Barbasol can to hold the embryos.

Will you be adding this Barbasol Can & Dennis Nedry 3.75″ Inch Action Figure? If so let us know in the comments below!

A few weeks ago, our friends at Collect Jurassic reviled this Jurassic World: Legacy Collection Isla Nublar Escape Set! This set is slated to be released July, and to be a Target exclusive. That said, to our surprise a listing has shown up Mattel’s own Shop with the following description:

Relive nostalgic, iconic film moments with the Jurassic World Isla Nublar Escape Set that captures the spirit of the franchise legacy with movie-authentic decoration and deluxe detail! Inspired by the original Jurassic Park film, the set includes action figures of pioneering scientist and the father of Jurassic World, John Hammond and everyone’s favorite paleobotanist, Dr. Ellie Sattler (both figures are 6-in/15.24-cm tall). The set also includes two iconic Velociraptors (one in a crouching pose and one is standing) plus a film-inspired banner imprinted with “When Dinosaurs Ruled the Earth.” Take home the excitement of Jurassic Park with this collectible Isla Nublar Escape set! Makes a great collectible gift for ages 4 and up especially fans of the Jurassic World franchise, dinosaurs and action play! Colors and decorations may vary.​

We are extremely excited to pick up this set, will you be adding the Jurassic World: Legacy Collection Isla Nublar Escape Set your collection?

This is the first sighting we know of within the United States an excited to hunt for her in the wild. If you are interested in perching this Epic Roarin’ Tyrannosaurus Rex online, as of right now, Entertainment Earth is the only online retailer offering pre-orders. That said, as always we will keep you posted on any updates!